You are here: Home Life 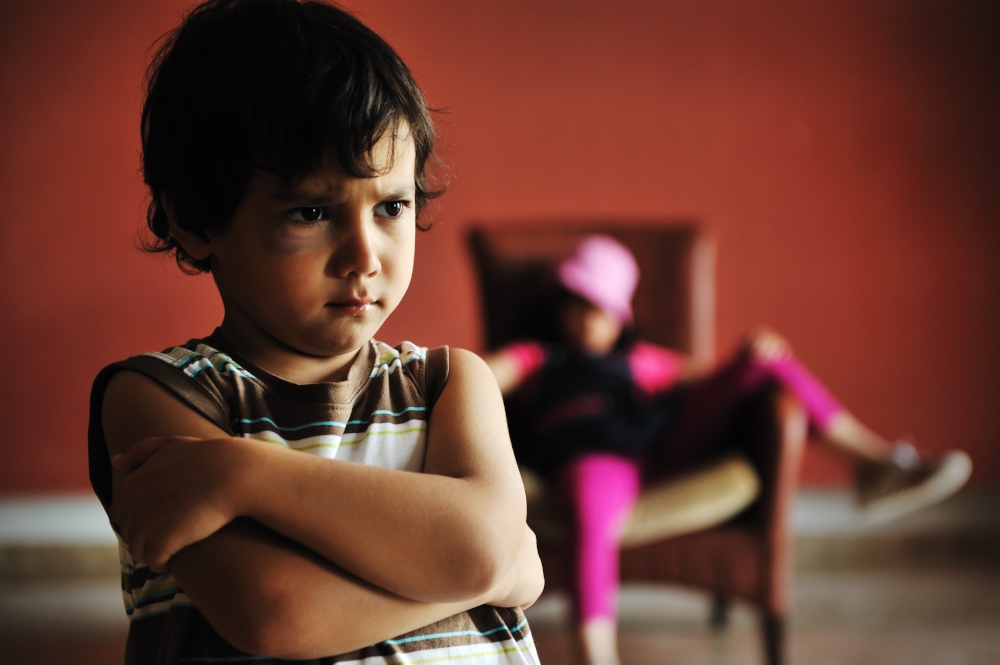 Today, our world is a very hectic and fast-paced place compared to a century ago, and not necessarily in a good way. Currently there is almost no area in the world that is not affected one way or another by conflict, fight or hostility.

Even worse, the majority of the people of the world fail to show the required sensitivity and dignity that one would normally expect from human beings.

As wars, bombs, fights and death strike innocent people, families are torn apart, women, children and elderly are hurt, yet a shocking attitude of dazed, self-indulgence rages on.

Mostly influencing young people, this type of attitude present in popular culture suggests that there need not be any worry for anything, and that the problems of others concern only them.

This venomous thinking not only urges indifference, but at the same time, encourages people to be heavily reliant, to seek the maximum amount of gratification with the least amount of effort, exploitative to take advantage of others, and furthermore has sinisterly begun to spread everywhere.

From Internet to TV, from schools to business life, this way of life has begun to dominate young people’s lives.

Take the reality shows for instance. Enticing young people into an atmosphere of questionable morality, where free food and accommodation are presented as not-to-be-missed benefits, they give the subtle message to young people’s minds: “come and live for free in luxurious homes, food is free, everything is free, you won’t have to do anything, or think about anything you need, even your cleaning will be done by someone else. You don’t have to think about the people in need, how people are suffering in other parts of the world, as the threats there might be against your country, or even the fact that your neighbour could benefit from your help. Just relax.”

In other words, in a very dangerous manner, the poisonous side of human nature that constantly seeks pleasure without accountability is appealed to with the deceitful suggestion that there is not going to be any consequences.

Surrounded by these messages, young minds wrongly come to believe that such behaviours and character can be rewarding without giving a second thought to its destructive effects.

Unsurprisingly, young people fooled by the deceptive charm of this lifestyle, lose touch with their potential in the prime of their lives and close their minds to everything that is going around them except for their own desirous cravings.

This hedonistic, self-serving, dependency culture keeps them from utilising their capacity and instead pushes them into a vicious cycle — the pursuing instant gratification that actually depletes their physical and intellectual power.

After spending years in this state of mind, they get restless, easily bored and irritable and turn to binge watching, and binge gaming to be completely disconnected from reality.

Furthermore, lack of self-restraint naturally takes its toll and many can’t stop themselves from being dragged into the world of alcohol and drugs to get rid of the resulting depression.

The hate culture prevalent on the Internet seems to perplex many, yet is also a side effect of this phenomena. Self-indulgent young people who do not wish to be held accountable for their actions, consider it normal to respond with hate and insults to anything that they don’t like.

Usually hiding behind fake identities, they unleash a shocking amount of hate and animosity on everyone and everything.

Another important outcome of this dangerous culture is the fact that such young people don’t want to have jobs that involve putting in effort to produce or contribute something positive to society.

They mostly prefer what seems to be the easiest route to success, fame or fun. Most young people don’t aspire to be engineers, doctors, architects or artists anymore nor do they seem to have ideals or dreams to make their own contribution to the world.

Regrettably, the media promotes and society supports this way of life. For instance, newspapers and websites frequently publish reports that point to highest-paying jobs that require minimal effort from young people.

This culture, mostly prevalent in the United States and Europe, is spreading like wildfire to the rest of the world. Vulgar, aggressive, self-indulgent characters are glorified as role models in TV shows and movies, whereas good moral values that keep societies alive, like love, compassion, altruism, devotion are belittled and depreciated.

But if everyone consumes and relies on others, who is going to build and produce?

Young people are important and precious humans with great potential to contribute, produce and help the people around them. It is important that they realise how their behaviour is embarrassing for themselves and dangerous for the future of our world. Two decades from now, the world will be theirs to run.

However, a world full of selfish, egocentric, exploitative and consuming people will eventually consume all in it. This problem needs urgent attention. Time is moving fast and the damage is growing. Solutions are possible though and schools can be a good place to start. National awareness courses and public services to make young people more civically engaged and less individualistic, public encouragement of sublime moral values like compassion, love, cooperation, altruism through TV and newspapers will surely have long-lasting effects and, hopefully, will keep young people away from such character traits. Politicians and opinion leaders can start and support widescale campaigns to reverse this progression and ensure participation of youngsters from every background, with the help of the media.

Curbing this trend and making our youngsters more reliable, selfless, compassionate and loving is crucial for the future of our world and our civilisation.